I had a great visit with my Aunty and Uncles, discovered great pictures from my dad's childhood and history, had no drama or stress, just a blissful speed run up I-5 and back down.

We even made it home in time for The Honey's family gathering, too.

If I could've figured out a way to meet the new baby on Big O's side of the family, four more hours in the opposite direction, I think it would have been the trifecta!

I am in awe of anyone who can dance. Let alone En Pointe (SP?).

Seriously, watch this video.
Posted by Jennfactor 10 at 8:28 PM 1 comment: 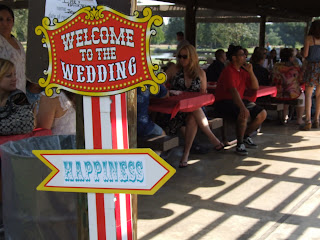 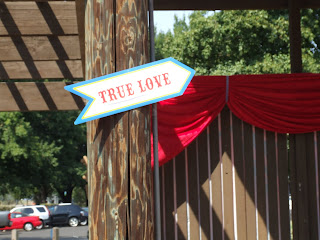 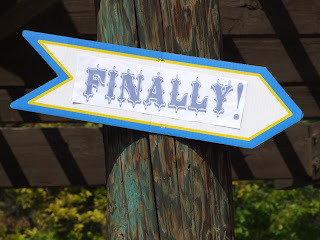 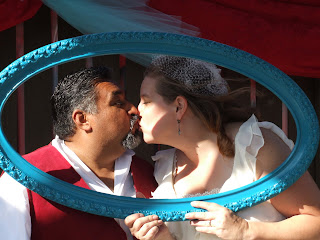 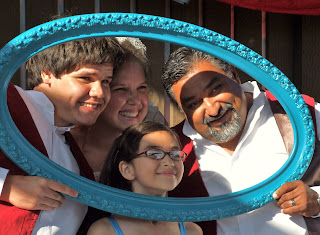 On Saturday,
August 6th, a CH-47 Chinook helicopter was shot down over Wardak
province, Afghanistan killing 30 United States servicemen. It was the
largest single day loss of life since the war began. Killed were:


These brave men and women sacrifice so much in their lives just so
others may get to enjoy freedom. For that I am proud to call them
Hero.
Those Who Say That We're In A Time When
There Are No Heroes, They Just Don't Know Where To Look

This post is part of the Wednesday Hero Blogroll. For more
information about Wednesday Hero, or if you would like to post it on your site, you can go here:
http://rightwingrightminded.blogspot.com/2006/08/wednesday-hero-blogroll.html

Saturday Miss Priss and I had to decide between two activities.

1. There was an Easter egg hunt in the tiny town to the south of us, starting at 11.

2. So in defiance, there was a "Stockton is Magnificent" rally on the Miracle Mile--Also slated to begin at 11, and rumors of a flash mob were flying. Little O wanted to know what a flash mob was. I told her that everyone secretly agrees to meet somewhere at a certain time, and then just spontaneously break into dance.
Little O didn't hesitate.
We HAD to got to the flash mob.
Until, as we talked, she figured out that we would be watching OTHER people dance, and then she was all about the egg hunt. The flash mob would only be fun if she were dancing.

We went to the egg hunt, she got her loot, and we agreed it was a good day. We wondered how the flash mob had gone, and she got a little serious and wanted to ask me a question.

When we broke in to dance, would the police know ahead of time, so it was okay? And where would we have broken in?

Oh, my heart. My girl is growing so fast, but every once in a while she reminds me that second grade still has magic.
Posted by Jennfactor 10 at 11:22 PM No comments: 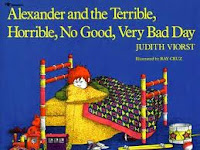 ARGH! So mad. My car is wheezing and gasping on its last legs, and my perfect gift for my gun totin' nevvys is looking dead in the water.

When I sympathize with the kids over their terrible days, I usually end it with "some days are like that" and Miss Priss knows to follow THAT up with "Even in Australia."

The schmucks at CQBCITY could still step up and make things right for me, and Big O has a party to go to tonight, so maybe the day can be salvaged, but my car? Probably imagining all the green in my refund check getting sucked under it's hood as we speak.

Was this funny to you?

My father outdid himself and threw a surprise birthday party for my mother. I took this poem.

The Honey and I heard this poem a few weeks before,and I thought it was perfect for my mom. We thought it was funny. Apparently,we really needed Billy Collins to read it to them, because no one else did. They thought it was deep, or touching, or even somber. I usually hate poetry, but I like funny. huh.

I'm glad the Honey liked it, too, at any rate.

I'm also really hoping my mother snorts at "Dress your Family in Corduroy and Denim" on CD. Nobody had "Me Talk Pretty One Day" in stock. When your parents HAVE everything they need or want, gifts are a challenge. ESPECIALLY given that there isn't anything that I could buy for her, I thought the poem was perfect. I looked for a lanyard kit to whip one up for her, too, but no luck. Probably for the best given how well the poem went over. I'd have been cross-eyed from braiding the damned thing and not gotten the laugh.
Posted by Jennfactor 10 at 5:36 PM 2 comments:

Jennfactor 10
Anything involving a Jen can be assigned a number from 1 to 10. A verbal faux pas is a factor 1, locking yourself out of anything is a factor 2. Put two Jens together and the effect is increased Exponentially. I have recently discovered my inner Dork.

Who links to me?